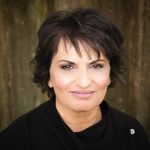 By Surbhi Gogia Famous hockey commentator Don Cherry was recently fired for making on-air, racist remarks. It just displayed how Canadian media, in general, is becoming intolerant towards racism. However, things were not the same a few decades ago. Ironically, it was not even acceptable to have an Indian name for the mainstream media show hosts. Here is the story ... END_OF_DOCUMENT_TOKEN_TO_BE_REPLACED

Everything you need to know about winter driving 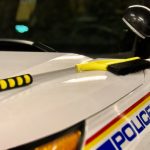 RCMP and ICBC are urging drivers to prepare in the lead-up to the winter driving season, during which statistics show there is a dramatic increase in crashes. According to ICBC, casualty crashes (where at least one person was injured or killed) due to driving too fast for conditions increase by a staggering 87% across B.C. in December compared to October. ... END_OF_DOCUMENT_TOKEN_TO_BE_REPLACED 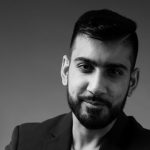 South Asian community has been struggling to deal with Gang violence and South Asian youth involvement in it for quite a long time. Organizations and individuals have been working tirelessly to spread awareness about this problem. Meet Jacquile Singh Kambo, a graduate of Capilano University, who too has made a unique contribution in raising awareness about this issue through meaningful ... END_OF_DOCUMENT_TOKEN_TO_BE_REPLACED

Paper Lions: A tale of Singhs and Kaurs 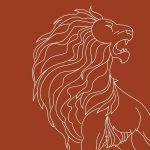 Most of the Sikhs have the middle name Singh — which means lion in English. Sikhs have displayed the qualities of a lion by being fearless, powerful and risk-taking in many aspects. But when it comes to treatment of their women, many have displayed weakness. Paper Lions a new novel by award-winning Sikh author Sohan Koonar, explores and questions this ... END_OF_DOCUMENT_TOKEN_TO_BE_REPLACED 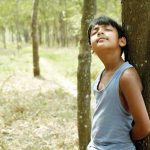 By Arshad Khan and Anya McKenzie Have you heard of the film The Big Sick? Or before that East Is East or Bend It Like Beckham? Beckham was a small, independent film by Gurinder Chadha that launched her career from an unknown filmmaker to now one of the industry’s top directors, with her latest feature Blinded By The Light becoming ... END_OF_DOCUMENT_TOKEN_TO_BE_REPLACED 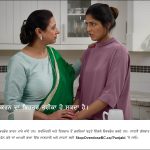 Listening can be one of the best ways you can help a family member experiencing mental health and addiction challenges By Rachna Singh MLA Surrey-Green Timbers This week our government is launching a campaign encouraging families to start having courageous conversations about mental health and addiction challenges.  The campaign makes life-saving resources more accessible by having translated information on the StopOverdosebc.ca ... END_OF_DOCUMENT_TOKEN_TO_BE_REPLACED 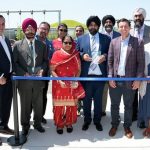 The City Of the Brampton officially opened Komagata Maru Park at 10705 Bramalea Road on Saturday (June 22). Brampton Mayor Patrick Brown, Regional Councillor Gurpreet Dhillon and City Councillor Harkirat Singh were among those present. Raj Toor, Vice President and spokesperson for the Descendants of the Komgata Maru Society, who was especially invited, told The VOICE later: “I would like to say ... END_OF_DOCUMENT_TOKEN_TO_BE_REPLACED

From Assimilation to Acceptance 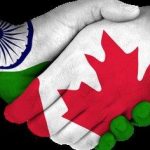 A journey of self-acceptance in discovering my Indo-Canadian identity By Dil Bola “Where are you from?” Growing up and looking around me, this seemed to be a simple question for most. My classmates would answer quickly “Canada.” Young, naïve and determined to fit in, I went along with it. “I’m Canadian.” “But where are you really from?” And that’s when ... END_OF_DOCUMENT_TOKEN_TO_BE_REPLACED 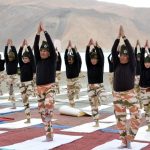 From Colombo to Kabul and Nairobi to New York, high-profile politicians and the hoi polloi came out in large numbers to showcase their yoga postures and send a message of unity on the occasion of the fifth International Yoga Day on Friday. If President of Sri Lanka Maithripala Sirisena urged everyone to practice yoga just like him, thousands of people ... END_OF_DOCUMENT_TOKEN_TO_BE_REPLACED 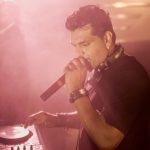